Educate before you Recreate

Editorial: Why are so many pioneers and OGs so protective of African American Culture?

Why are so many pioneers and OGs so protective of African American Culture?

The answer is in 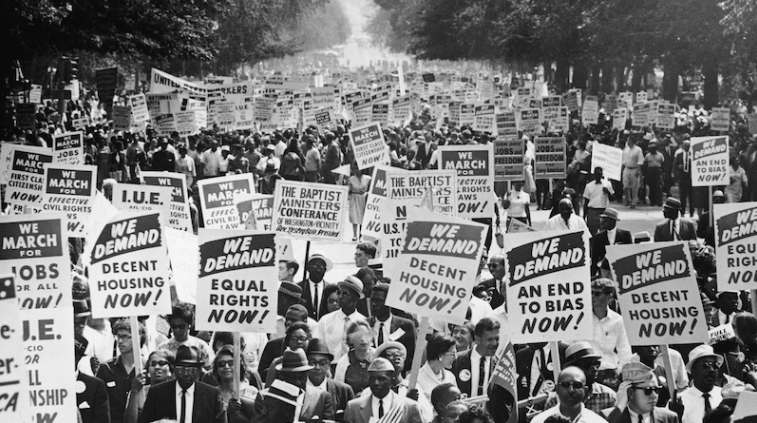 I know many of you who are dancers of these street dance art forms have asked the question Why are so many pioneers & Ogs so protective of the African American culture ?

We, as a people have been forced in our history to accept being used while having things promised though-out  our entire existence within the Americas. Not only the Labor of our bodies , but the very creations of our minds were considered owned by others

And now we have finally come to realize that when something as precious as our very feelings and and thoughts within our spiritually created music and dance are facing the same ,expectation of ownership by others. We realize that when the very solace and peace that comforted us through this theft of both self & culture is again under attack by those of another generation, Who also feel entitled and do not care to understand that culture or that history  , We realized it is TIME !, Time to stand up & speak up, Its time to say NO MORE. All we want is the RIGHT to HAVE what others of prideful history have have.

A CULTURE ! And respect for that culture !

It seems that the world still believes we, our thoughts ,our feelings ,and the creations that come from them are property owned. And still the belief that nothing about our concept of a criteria should be accepted. They still believe a people who actually know and have experienced cultural exploration should again remain quiet. YES.. the the world of dance is following the history of America and are still confused as to who owns WHAT , or even who owns the right to claim creations from the soul of their experience as their own culture

From my personal experience:

Yes I am Black and have referenced my experience as a black man ,within American History many times within my International dance workshop experience. Why ? because it’s needed in order to understand why this is a dance culture from cultural origins , Which has been affected by the social circumstances of the people who created it. Some accept that perspective as collective evolution, inspired by that culture ,evolving through individuals of that same experience. While others PREFER to see it as one single individuals creation. conceived from the mind, and presented for the sole purpose of fame and money. The last concept gives them the right to pursue it from the same perspective and bypass its cultural connection . especially if they can get someone of fame and notoriety to endorse their assumed right to that criteria of creative ownership

No they don’t understand it , and what they actually cause is a conflict between the personal ego of possession , and the collective purpose of a cultural social MOVEMENT. Here is why they think they understand it. because they want, what others have obtained from African American Culture. POSSESSION of it within history. and they think that gives them the right to even own it. So you see its not NEW its the history of OWNERSHIP of a people within American History. And that’s what Todays dancers of the culture are speaking out against. I have met some who are so entitled even to the point of explaining to the culture that created it what it should be !

To them its truly only a dance style

I receive calls ,text and emails where I am asked EVERY DAY to GIVE someone something. , Not just my money but , But my thoughts , my opinion , even my life’s experience. And not a day goes by that I am not asked for MY TIME and as much as I give, and love to give to those that appreciate the gift. I believe many students who want do not understand. I give because i love to share this beautiful culture. My time is not there time & my mind is not your mind ! But it is dance nature to share both. and dance exploitation to use either without respect for its culture is against that nature. This is where the most insulting of all comes in and that’s when they ask or even demand the the most precious that someone true to their culture can have they ask me to give up my INTEGRITY  ,

I’m almost never asked with the concept of investing in the betterment of this world , and that’s the true concept of the purpose of the original cultural origin ,Oh they may say it’s for that, when they think it will get them what they want. Thats when the terms Its a TRIBUTE & Its only Business become intwined, But what we have seen for over 400 yrs is that it’s really for a advancement  of the person’s self quest for business success and that’s justified under their catch phrase term

For many people who have surcome to this conditioning of control is success. This that I write and teach about in dance as a lifestyle has only really been only a business to them , a way to display themselves, a way to market themselves and they use whoever & whatever opportunity is available to do so. To them that’s the normal way of life. To them integrity to a purpose and truth to a path to get there,  is a weakness that should be exploited.  So they do so. Some without knowing it become a product of their history

They view integrity & truth as instruments fed to the sheep to allow the wolves to feed on success. Some say look at how long I’ve serviced in this business , it’s been my lifestyle. But to survive in it as a BUSINESS does not mean you lived the lifestyle of the social purpose of the Art form , it may mean you just submitted to the demands of the monetary  controlling , when others didn’t

Some profess to be Christians that’s their age to gain to your trust, some appear to be TV & stage gangbangers even when their not from that real because they think street dance can identify with them others appear to identify with your purpose or cause , in order for you to give , but they do so all in an effort to exploit what they see as your weakness to share

To those who refuse to be either sheep or wolves and recognize that this is the product of a history of struggle , it is the life of generations presented in a message of dance , music & poetry . It is this struggle against the business of those who view integrity and truth as a weakness, and have the history of both physical and mind enslavement. No this is not exclusive to one race , but it is more prevalent & effective when established and used by the race of economic control. However today there are those of the same skin color who have been conditioned to take the position that it is only business and use the same philosophy and actions on each other. And often it’s done In order to gain approval from those who have gained economic control through what they call Business

These are the people who don’t understand why other people are so protective of something that they view as greater than self.  Why ! because they are taught this is not only their right but their duty to conquer and control all things including others culture. they are conditioned to believe by a system that they are born the wolves.  And it is the strong , who prey on the weak & it is the weak who believes in sharing with the strong.

But that is the FAKE NEWS

.. it is those people of integrity forged in their struggle they want you to SEE as the weak , those Who believe in the gift of sharing but have learned through history they have the right to the response of NO  who are Truly the STRONG without being either the wolves or the sheep !

it is After decades & centuries of countless times of sharing  that we should now be taught by history that we have been preconditioned to the susceptibility of exploitation , through the teaching that it is the rights of the economically powerful to control the minds and creative spirit of those who they can convince that it is weakness that cause integrity

If you are a true dancer of the culture you understand that culture is not skin color, but social and physical demographical circumstance of certain skin color can develop a culture. And those social circumstances existed which inspired the evolution of a forced culture called African American Culture, and if you profess that as truth to your inspiration you take on that culture. but it is not your creation. you are part of a social movements history that inspired that creation and you should respect it as so

The Question always arises in the true activist of a cause why don’t people see the value within this cause , and the same arises in those of these art forms of street dance who view the importance of the cultural history  over business and recognize the truth within American General History to suppress truth within a cultures contribution under the oppressive term of business … So today some of us possess the passion in not only the dance of Locking which comes from the inspirations of one of the most culturally inspired eras in African American history.. But wee are will to stand up and demand what many have around this world .. a right to have a CULTURE and a right to have enough pride within it TO PRESERVE It

this is an editorial written by James OG Skeeter Rabbit Higgins 3/25/19, it is his opinion , you are entitled to yours but remember yours may be based on a culture that you have and it is at least agreed that YOUR HISTORY has the right to have ….EDUCATE B4U RECREATE

Is there politics in Locking?

What is a Social Party?